Information security researcher Pierre Kim published a report, in which he said that 28 backdoors and a number of other vulnerabilities were found in the firmware of the popular routers of the Chinese company FiberHome Networks, widely used in South America and Southeast Asia.

Problems were found in two models of FTTH ONT routers: FiberHome HG6245D and FiberHome RP2602. FTTH ONT stands for Fiber-to-the-Home Optical Network Terminal. This refers to special devices installed at the ends of fiber optic cables. Such devices are designed to convert signals transmitted over fiber optic cables into classic Ethernet and Wi-Fi.

Kim notes that the control panel of both devices is not accessible through the external IPv4 interface, making attacks impossible through the Internet. Telnet is also disabled by default, as it is often abused by botnets.

For some reason, FiberHome Networks engineers were unable to implement the same security controls for the IPv6 interface. For example, the device firewall is only active for IPv4, which allows attackers to gain direct access to all internal services if they know the IPv6 address of the device. writes the researcher.

With this feature, the expert begins a long list of backdoors and vulnerabilities that he found in the FiberHome HG6245D and FiberHome RP2602 firmware. At the same time, Kim writes that, in his opinion, some backdoors were introduced by the manufacturer himself and appeared in the code intentionally.

The researcher describes the following problems: 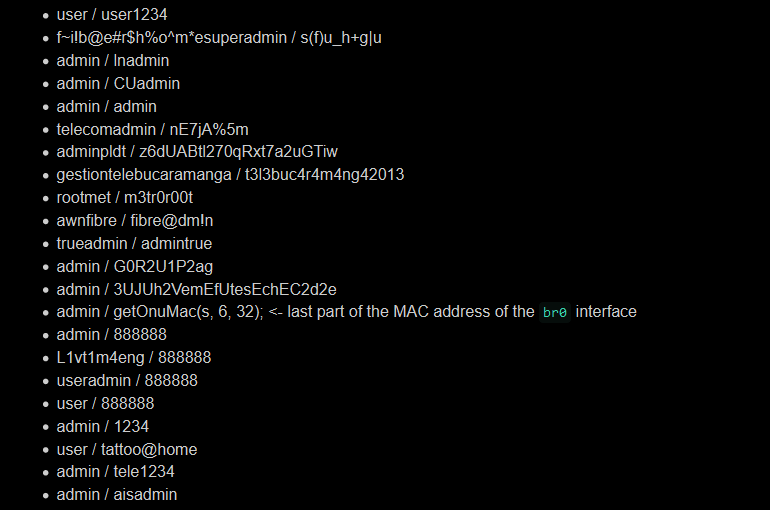 Kim writes that he discovered all the listed bugs back in January 2020 and then notified the manufacturer about them, but he never received any response from the company. As a result, the researcher does not know if any of these vulnerabilities have been fixed, since he has not tested new versions of firmware.

The expert warns that these backdoors and vulnerabilities can affect other FiberHome Networks devices since most manufacturers use the same firmware or change it only slightly for different devices.

Let me remind you about the fact that Zyxel firewalls and VPN gateways contain a built-in backdoor.