Therefore, if the user does not agree with the new rules, from February 8, 2021, he loses the ability to make calls and exchange messages. This means, in fact, he would not be able to use WhatsApp. 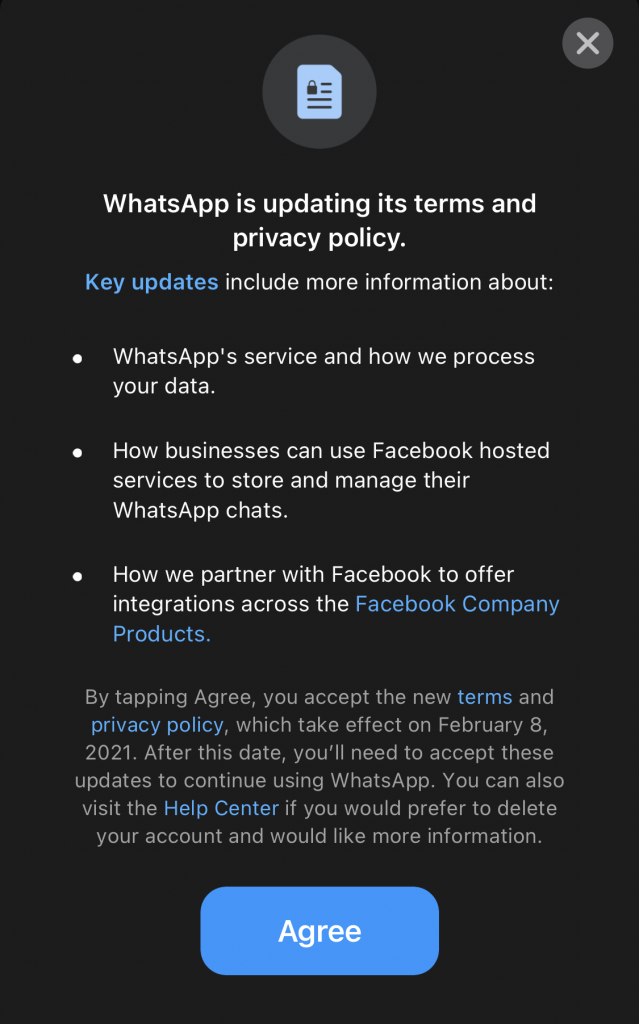 After that, the company was criticized, and began a massive outflow of users from WhatsApp, who preferred to switch to Signal, Telegram or other instant messengers.

Updating the policy does not in any way affect the privacy of your messages to friends or family.says a special FAQ posted by the developers.

WhatsApp emphasizes that Facebook will not be able to access private messages in the messenger, nor do WhatsApp employees (due to end-to-end encryption) have access to them.

In addition, neither WhatsApp nor Facebook can see the location of users they have shared with each other.

WhatsApp emphasizes that it does not share users’ contacts with Facebook or other applications. However, the FAQ also describes scenarios in which user data and messages from WhatsApp can still end up on Facebook’s servers, although this only applies to business messages. For example, this information can be used to target Facebook users.

We provide businesses with the option of using secure hosting from Facebook to manage WhatsApp chats with their customers, answer questions, and send them useful information, such as receipts for purchases. Regardless of whether you communicate with the company by phone, email or WhatsApp, it can see what you say and can use this information for its own marketing purposes, including advertising on Facebook. the developers explain.

Let me remind you that I talked about the fact that WhatsApp fixed vulnerability was dangerous for more than 3000 other Android applications.