The company was forced to shut down European and American sites after the attackers posted the stolen data on a hacker forum.
On December 18, 2020, I was able to hack koeitecmoeurope.com using phishing aimed at an employee of the company. During the attack, a forum database of 65,000 users was stolen. declares the attacker.

The hacker also claims to have installed a web shell on the site for permanent access.

On a hacker forum, an attacker tried to sell a stolen database for 0.05 bitcoin (approximately $1,300), as well as access to a web shell for 0.25 bitcoin (approximately $ 6,500). Since there were no buyers for the database, on December 23, the hacker leaked information for free on the same hacker forum. The database includes user email addresses, IP addresses, salted hashed passwords, usernames, dates of birth, and country of residence information.

After discovering the attack and the leak, Koei Tecmo employees temporarily disabled the American (www.koeitecmoamerica.com) and European (koeitecmoeurope.com) sites of the company, and said they were already investigating the incident. 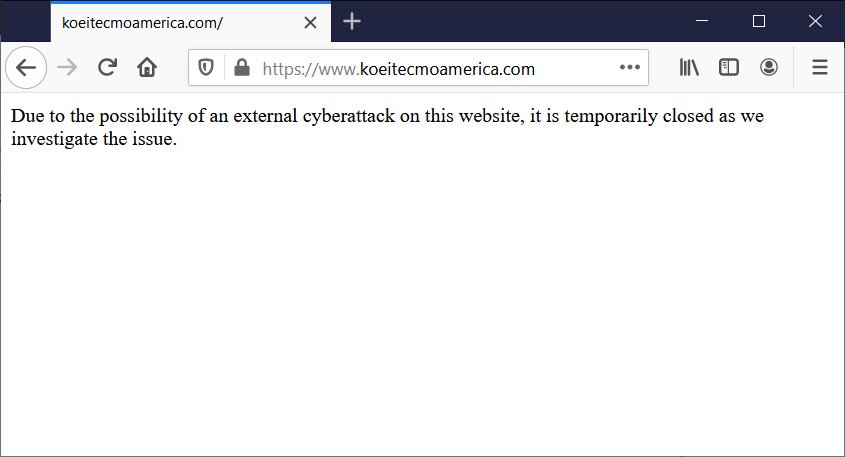 Koei Tecmo also claims that the reason for the incident was hacking of the forum on the website of the British subsidiary, from where the stolen data leaked into the network. The attack is believed to have affected only the forum, leaving unaffected other sections of the site. It is also emphasized that no financial information was stored on the compromised resource.

On the site operated by KTE, was compromised the Forum page, as well as information on registered users (approximately 65,000 entries). The leak resulting from the breach could have affected account names and corresponding passwords (encrypted) and/or e-mail addresses.the company writes.