The US Department of Justice reported that the joint efforts of law enforcement agencies from the United States, Germany, the Netherlands and Romania allowed to liquidate the Slilpp marketplace, where criminal groups have exchanged and traded stolen credentials for many years.

Since 2012, Slilpp has worked on multiple domains, both on the darknet and the public internet. On the site, anyone could register an account and then start trading hacked accounts.
According to the affidavit, the Slilpp marketplace allowed vendors to sell, and customers to buy, stolen login credentials by providing the forum and payment mechanism for such transactions; Slilpp buyers subsequently used those login credentials to conduct unauthorized transactions (such as wire transfers) from the related accounts.the message of the Ministry of Justice says.

According to the Ministry of Justice, over the nine-year history of Slilpp, the site has sold more than 80,000,000 credentials belonging to more than 1,400 companies. So, the site traded accounts of PayPal, Wells Fargo, SunTrust, Amazon, Verizon Wireless, Xfinity, Walmart, as well as credit cards from various banks.

Slilpp is the largest market for hacked accounts ever to exist in the underworld. The marketplace was responsible for large streams of compromised data that brought millions of dollars of illegal profits to administrators.says Vitaliy Kremez, head of Advanced Intelligence.

Investigators say the victims’ losses exceed $200,000,000 in the United States alone, and the total damage from the trading platform has yet to be calculated.

The FBI discovered and confiscated the servers and domain names that hosted Slilpp’s infrastructure. 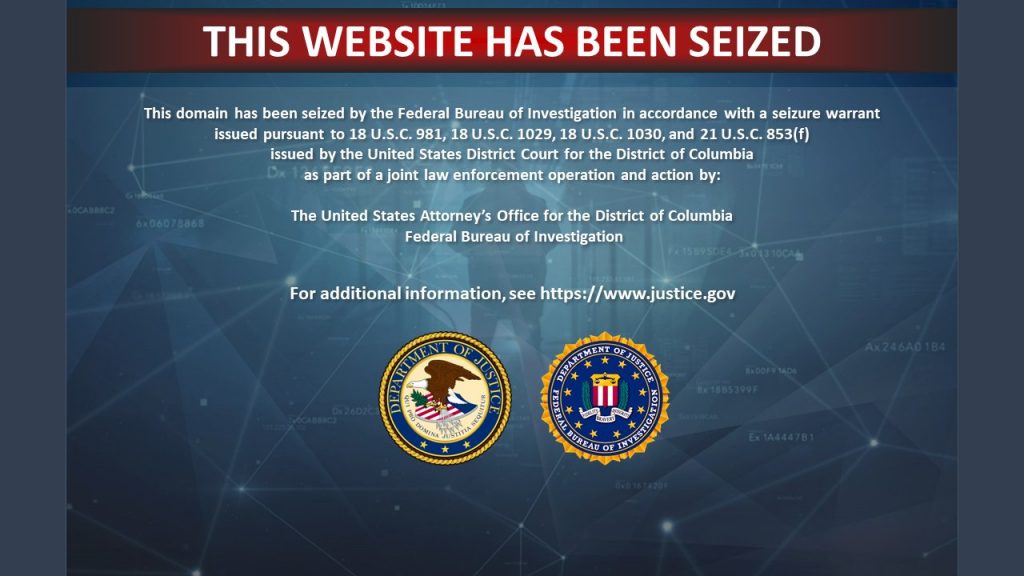 More than ten people associated with the marketplace have reportedly been arrested and charged, but there are no details of these arrests yet.

With today’s coordinated disruption of the Slilpp marketplace, the FBI and our international partners sent a clear message to those who, as alleged, would steal and traffic in stolen identities: we will not allow cyber threats to go unchecked. We applaud the efforts of the FBI and our international partners who contributed to the effort to mitigate this global threat.said Acting U.S. Attorney Channing D. Phillips of the District of Columbia.

Let me remind you that we also talked about the fact that Ukrainian cyberpolice neutralized one of the world’s largest phishing services.