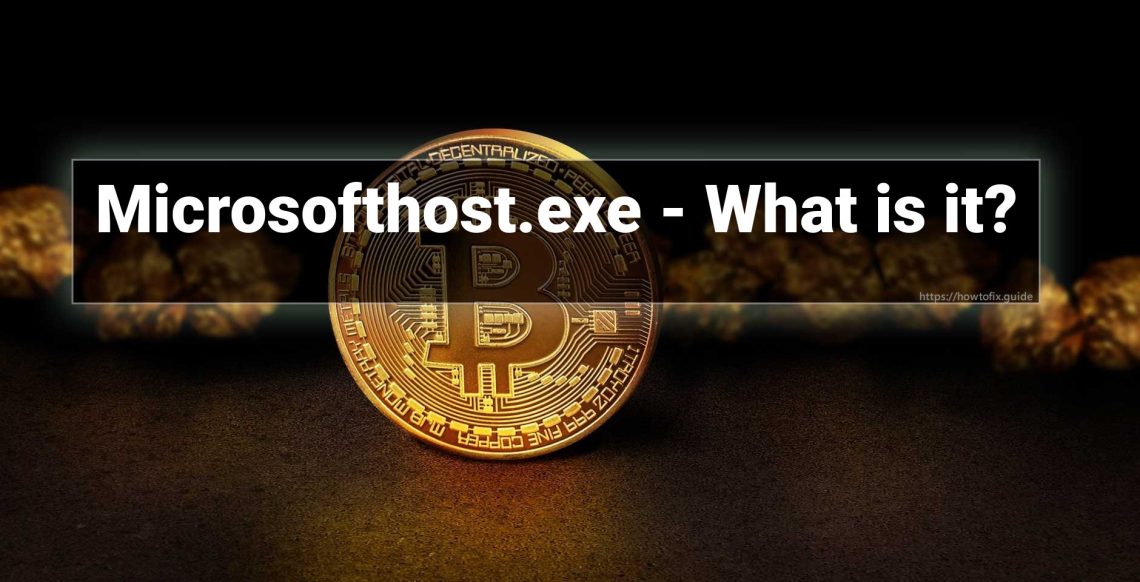 Microsofthost.exe executable file belongs to a malicious program that can accurately be recognized as a coin miner trojan virus. That malware type utilizes your PC components to mine cryptocurrencies, generally – Monero or DarkCoin1. It makes your system roughly nonfunctional as a result of high CPU use.

Microsofthost.exe is a malicious process created by coin miner virus

As I have mentioned earlier, Microsofthost.exe is a coin miner virus. The names of the .exe file can be diverse, however, the effects are generally the identical. Since coin miners focus on cryptocurrency mining, they use all available hardware capacity of your PC to conduct this procedure. This virus does not pay attention to the fact that you may want to make use of your computer for other tasks – it will continuously consume over 80% of your CPU power. 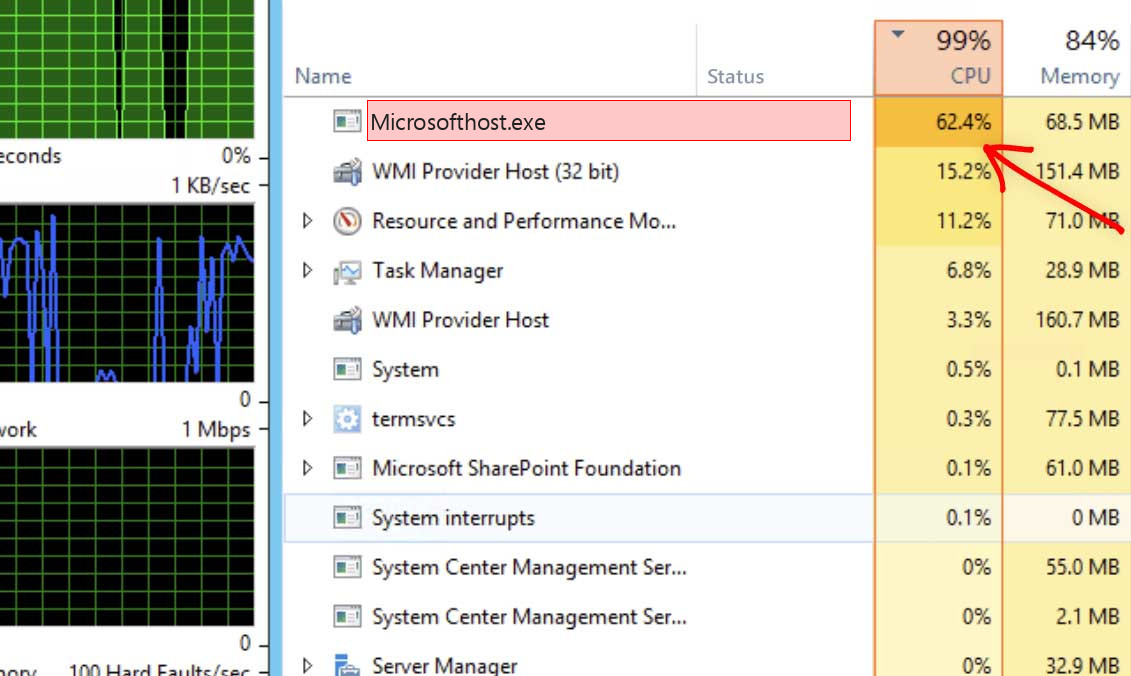 Besides CPU usage, some of the coin miners additionally use GPU power for their operations. In that case, you will probably struggle even to see the mouse cursor moving – GPU is usually used on 100%. It is not as critical as processor for system work, so Microsofthost.exe coin miner viruses do not waste time on trifles and use it all. It often can cause bad results.

Cryptocurrency mining is a term that means the action of calculating the transaction block hash. That is a basic element of anything based on the blockchain technology. Since this action takes a lot of calculations, a very strong desktop is required. Exactly, the video card is better for this purpose, because they have more cores available. Cryptomining farms are usually constructed of tens and hundreds of graphic cards to complete their task efficiently. Such systems are not usable for “normal” purposes, like gaming or browsing the Web. Fraudsters who gain money via this coin miner use someones’ PCs instead, even if they are used for the regular activity.2

How dangerous is the Microsofthost.exe miner?

First off, Microsofthost.exe malware makes your computer overloaded. It is unable to run your applications anymore, because all CPU power is used by a virus. That malware does not care for your necessities, all it pays attention to is generating income on you. Even if you are patient, and you waited until browser is open, you will likely suffer from extremely sluggish performance. Pages will open for years, any kind of logins will likely take about a minute – just a headache for a person who does a job online.

“Visible” harm is not a single bad thing coin miners do to your personal computer. Microsofthost.exe coin miner also deals damage to your OS. To conduct all malevolent operations successfully, it ruins the protection features of your system. You will likely see your Microsoft Defender disabled – malware halts it to prevent detection. If you open the HOSTS file, you will likely see a lot of new notes – they are brought in by this coin miner to connect your PC to a malicious cryptomining network. All these adjustments shall be reverted to the initial state in the process of PC recovery.

Besides making your PC slow, performing at peak level for long times may cause damage to your device as well as increase electricity expenses. PC elements are created to easily get along with high load, but they can do so only when they are in a good shape.

Compact and covered CPU cooling system is hard to broke. Meanwhile, GPUs have big and easy-to-access rotors, which can be easily cracked if affected while spinning, for instance, by the user much before the coin-miner injection. Malfunctioning cooling system, together with the really high load caused by Microsofthost.exe miner can easily lead to graphic card failure3. Video cards are also prone to have fast wearing when utilized for crypto mining. It is likely a bad case when your GPU’s performance plunges 20-30% only after several weeks of being used in such a way.

How did I get Microsofthost.exe coin miner virus?

Coin miners are one of the most common malicious programs through “severe” viruses. Adware frequently works as a carrier for Microsofthost.exe malware infiltration: it shows you the banners, which have a link to malware downloading. Sure, this abstract “malware” may belong to any kind – yet another adware, spyware, rogue or backdoor. However, the statistics show that around 30% of all viruses spread with the malicious banners are coin miners – and Microsofthost.exe is just with them.4

An additional way you could get this item on your PC is by downloading it from the unreliable site as a part of a program. People that spread hacked variants of well-known programs (which do not need the license key) have small chances to earn money. Thus, there is a very big temptation to include malware to the final package of the hacked application and get a coin for every setup. Before blaming these individuals for hacking and malware spreading, ask yourself – is it okay to avoid buying the program in this manner? It is more affordable to pay $20-$30 one time than to pay a much bigger figure for antivirus software as well as new parts for your PC.

How to remove the Microsofthost.exe miner from my PC?

Getting rid of such a virus needs making use of special program. Proper security tool must have high performance at scanning and also be lightweight – in order to create no problems with utilization even on weak systems. Furthermore, it is recommended to have proactive protection in your protection tool – to halt the virus even before it starts. Microsoft Defender lacks these functions for various factors. That’s why I’d recommend you to use a third-party anti-malware program for that reason. GridinSoft Anti-Malware is a great option that fits all of the discussed features.5

Before the malware removal, it is important to reboot your operating system into Safe Mode with Networking. Since Microsofthost.exe miner takes a lot of CPU capacity, it is needed to stop it before launching the security program. Otherwise, your scan will last for years, even though the GridinSoft program is pretty lightweight.

When your PC is in Safe Mode, all third-party programs, just like the majority of non-crucial operating system components, are not launched with the system start. That allows you to clean the PC without dealing with high CPU usage of the coin miner. 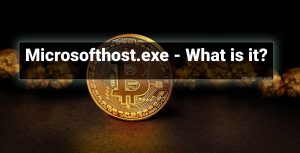 Description: The Microsofthost.exe is a Trojan Coin Miner that uses the infected computer’s sources to mine electronic money without your authorization. This Microsofthost.exe will create your CPU to go for very warm temperatures for prolonged periods of time, which could reduce the life of the CPU.