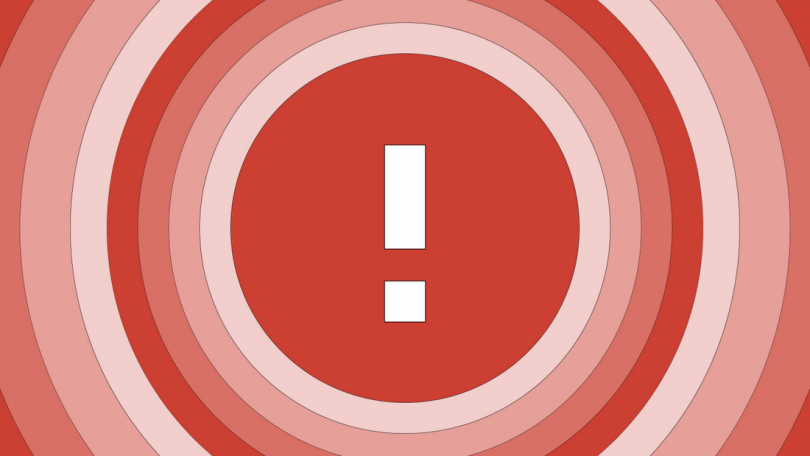 “Critical security alert” notification became a serious headache for Google account users. This alert appears again and again, regardless of any countermeasures taken. But does this message alert you about possible security breaches?

Google designs this message to notify the users when they have some security issues on their accounts. Such cases are insecure password usage, the usage of leaked passwords, missing some important security features, or something like that. These notices are useful since not everyone knows about the newest security features and any credentials leakage.

But not all systems are ideal. Of course, people consider Google as trustworthy, and all messages like “Critical security alerts” are accepted as truth. Users do every step that is described into the guide from Google about securing their accounts, but the message appears again. Various forums1 are full of the messages like that: 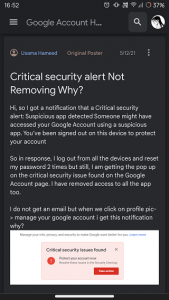 Is there a way to stop the “Critical security alert” notifications?

As mentioned in a previous paragraph, all methods offered by Google are ineffective. Users tried tens of different ways to avoid this bug, but they were ineffective. Some say that recognizing into your Google account will help (at least it helped them). Other users reported that logging out of all devices besides the one you are using now solves the problem. But as practice shows, all these ways have controversial efficiency. So, there is no versatile solution – try each of the offered, but there is no guarantee that it will work. 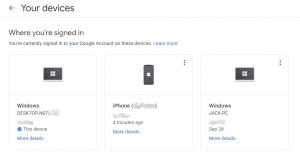 Sometimes, the critical security alert may appear as a reaction to the use of third-party programs. A lot of programs apply the Google account as a login method. However, not all of these apps can provide satisfying protection rates. Hence, the security alerts you spectate may signal that one of those programs is unsecure. But it is still trouble to discover which one.

Google has already claimed that they know about that issue and will solve it as soon as possible. Unfortunately, these claims are not backed by serious proof – only several posts on social networks from Google developers. Nonetheless, the company rarely misses such serious bugs without attention. At least, it will publish a more detailed guide which will likely help you forget those messages.

Consider reading: How to disable or remove browser extensions? 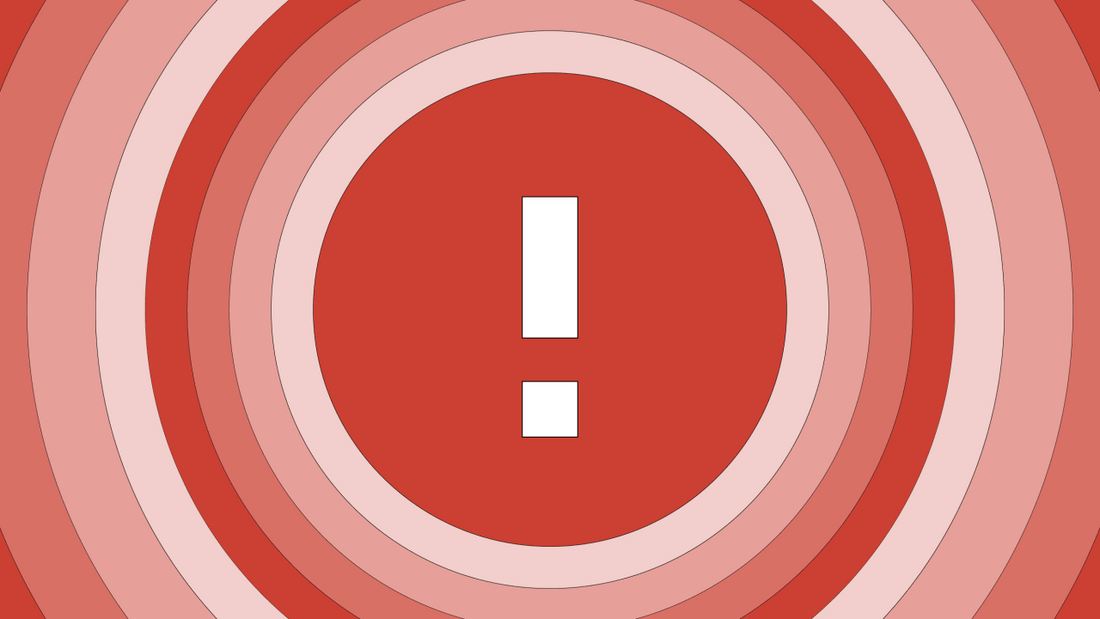