A citizen of Russia and the owner of two once well-known carder resources (Cardplanet and Direct Connection), Alexei Burkov, previously sentenced to nine years in prison in the United States, was deported back to Russia.

In the official press release, representatives of the Ministry of Internal Affairs of the Russian Federation write:
He is accused of involvement in the manufacture and sale of counterfeit bank cards and trade in confidential data of clients of financial institutions. It was established that the unlawful acts were committed in the period from 2008 to 2015. In 2017, the defendant was charged in absentia with crimes under Articles 158, 183, 187 and 273 of the Criminal Code of the Russian Federation.

Let me remind you that Burkov was extradited to the United States from Israel in the fall of 2018, and he was detained at Ben Gurion Airport in 2015 at the request of the American authorities. Over the years that have passed since that moment, the Russian authorities have tried to exchange Alexei Burkov for an Israeli citizen Naama Issachar, who was sentenced in Russia to seven and a half years in prison on charges of drug smuggling, and when nothing came of it and the carder was nevertheless handed over to the United States, while the Russian embassy in Washington sent to the State Department a note of protest.

According to American law enforcement officers, Burkov for several years (from 2009 to 2013) ran the Cardplanet website, which sold bank card data at a price of $2.50 to $60 apiece (the cost depended on the type of card, its country of origin, the presence of a name and cardholder’s address, as well as other identification information). Investigators argued that Burkov’s resource even offered a money-back guarantee if the stolen card data no longer worked.

In total, more than 150,000 payment cards were put up for sale on Cardplanet, tens of thousands of which belonged to American users. Selling cards through Cardplanet resulted in fraudulent purchases, with more than $20,000,000 in damage to US users alone.

Also, according to the US Department of Justice, Burkov owned another website, Direct Connection, closed to the general public, where criminals could advertise the sale of stolen personal data, malware and various illegal services. It was possible to get into this “closed club” only by invitation: three active members of the site had to vouch for the newcomer, in addition, the entrance fee was $5,000, which was a kind of insurance.

In January 2020, Burkov pleaded guilty to electronic messaging fraud, data access device fraud, conspiracy, identity theft, money laundering and confirmed that he was in control of both of the aforementioned resources. On these charges, Alexei Burkov could receive a total of up to 15 years in prison, but last summer the court reduced the term to nine years in prison. At the same time, the verdict takes into account all the past years, which Burkov has already spent behind the bars.

It is unclear what ultimately led to Burkov’s unexpected deportation from the United States back to Russia. The US Department of Justice has not yet commented on this issue, and some information security experts believe that this may be part of a secret prisoner exchange deal, and may also be due to the fact that Burkov helped US investigators in solving other cases.

Upon arrival from New York to Moscow, Burkov was detained by Russian police. 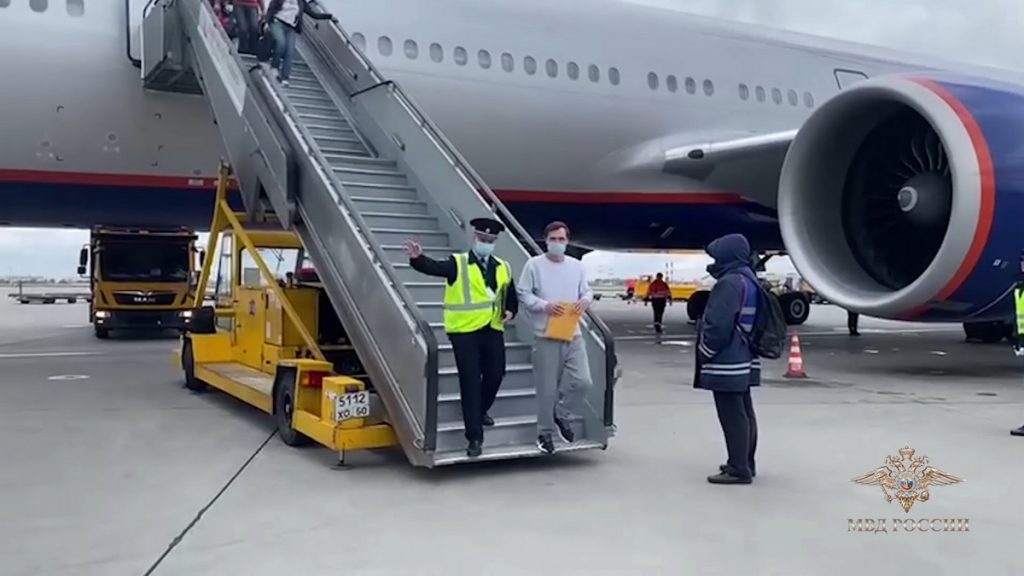 Let me remind you that earlier we talked about the fact that Hackers Attack Russian Defense Contractor Through MHTML Bug.