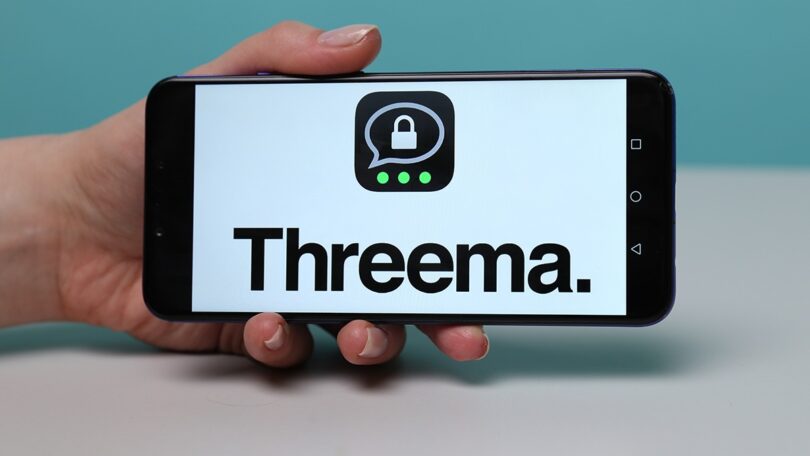 The creators of Threema claim that the shortcomings discovered by the experts never affected the actual operation of the application.

Let me remind you that we also wrote that WhatsApp Messenger Developers Eliminated Two RCE Vulnerabilities at Once, and also that Bug in Facebook Messenger for Android allowed connecting to user conversations.

The media also wrote that Vulnerability in Signal messenger allows spying on users.

Threema is a Swiss-based privacy and security-focused communications application used by the government, the military, and more than 10 million users and 7,000 organizations worldwide. The messenger is positioned as an alternative to Signal and WhatsApp.

In their work, ETH Zurich scientists describe seven attacks on the Threema protocol at once, including theft of private keys, deletion of messages, authentication hacking, server spoofing, and much more. A summary of the issues found is as follows:

ETH Zurich analysts reported all discovered issues to Threema developers back in October 2022, provided them with recommendations for mitigating the problems, and also agreed not to make the vulnerabilities public until January 2023.

As a result, on November 29, 2022, the developers of the messenger transferred Threema to the new and more secure Ibex communication protocol. When the ETH Zurich researchers released the results of their research, the developers released a response statement in which they said that the problems found were generally insignificant and never had an actual impact on Threema. In addition, the vulnerable protocol studied by the researchers is no longer used anyway, so the vulnerabilities are called interesting only from a theoretical point of view.

In addition, the company refutes claims that the Ibex protocol was created taking into account and based on the findings of researchers from the Swiss Federal Institute of Technology Zurich, stating that the protocol has been in development for more than 1.5 years. Allegedly, the release of Ibex simply coincided with the disclosure of information about vulnerabilities.

The researchers didn’t like this snub of their work, and they retort on Twitter that the new protocol is certainly more secure, because they managed to crack the old one in six different ways, and this was taken into account when creating Ibex. 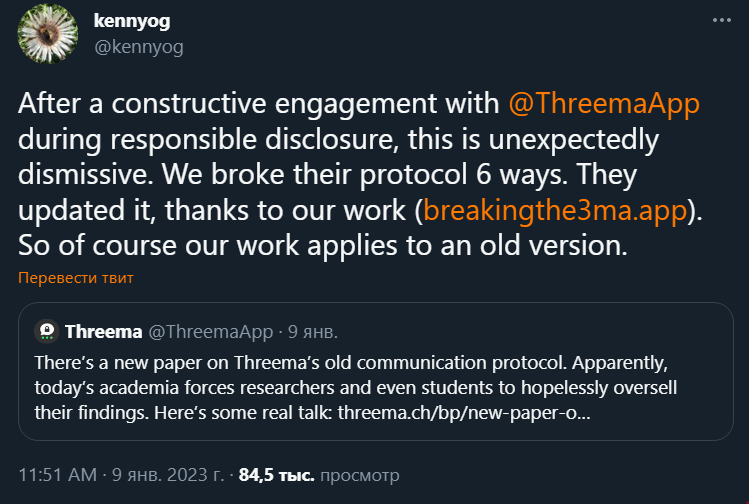