Bitdefender analysts have presented a free decryptor (data decryption software) for users affected by DarkSide ransomware attacks. The tool is already available for download from the company’s website along with instructions for its use.

Bitdefender experts write that the tool should be useful to companies that have not been able to recover any data after attacks and still keep encrypted copies of it.
In addition, the decryptor should damage the reputation and operations of DarkSide, as now hackers will have to seriously redo their malware to prevent the free tool from working.Bitdefender experts add.

In addition, past experience shows that many ransomware developers completely ceased their activities after the release of such tools, because most of the clients abandoned their “services” in favour of newer and indecipherable competitors.

Let me remind you that the DarkSide group has been active since August 2020 and operates under the ransomware as a service (RaaS) scheme, actively promoting its malware on the darknet and collaborating with other hack groups.

As a result, DarkSide is a classic “big game hunter”, that is, it primarily attacks large corporate networks, encrypts data, and then demands huge ransoms from the affected companies. If victims refuse to pay, Darkside members post their stolen data on their site on the darknet. 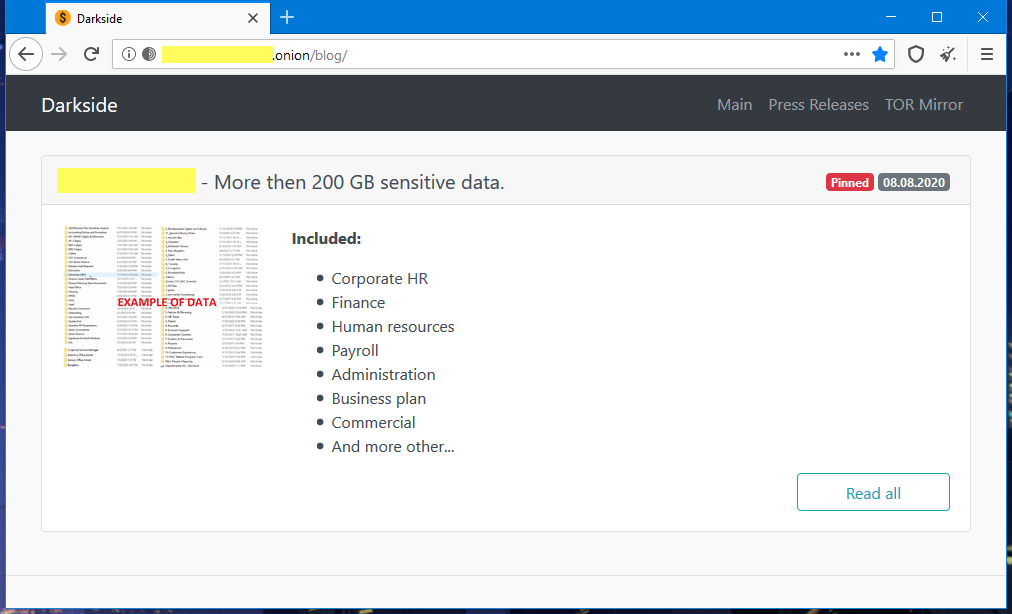 While there have been no new leaks on the Darkside site lately, security researcher MalwareHunter noticed last week that the hackers’ site was updated with a new section for journalists during the holidays, where they can register and contact the group directly.

DarkSide ransomware’s leak website now has a” Press Centre”, where media representatives can register. Also “recovery companies” can register and then they will get more and more discounts after each client they “helped” … Great news, right?wrote MalwareHunter on Twitter.

Let me remind you that IS specialists created a free decryptor for files affected by ThiefQuest.