Citizen Lab specialists reported that at least 36 employees of the Al-Jazeera TV company (journalists, producers, presenters, etc.) and one journalist of the London-based Al Arabi TV channel were hacked.

The hacking was carried out using the Kismet tool, which was created by the Israeli company NSO Group, which develops and sells spyware solutions and the so-called “legal malware”.

The researchers write that Kismet uses a chain of several exploits, including a 0-day vulnerability in iOS that does not require any user interaction. Following this attack, the victims were infected with the well-known Pegasus malware. 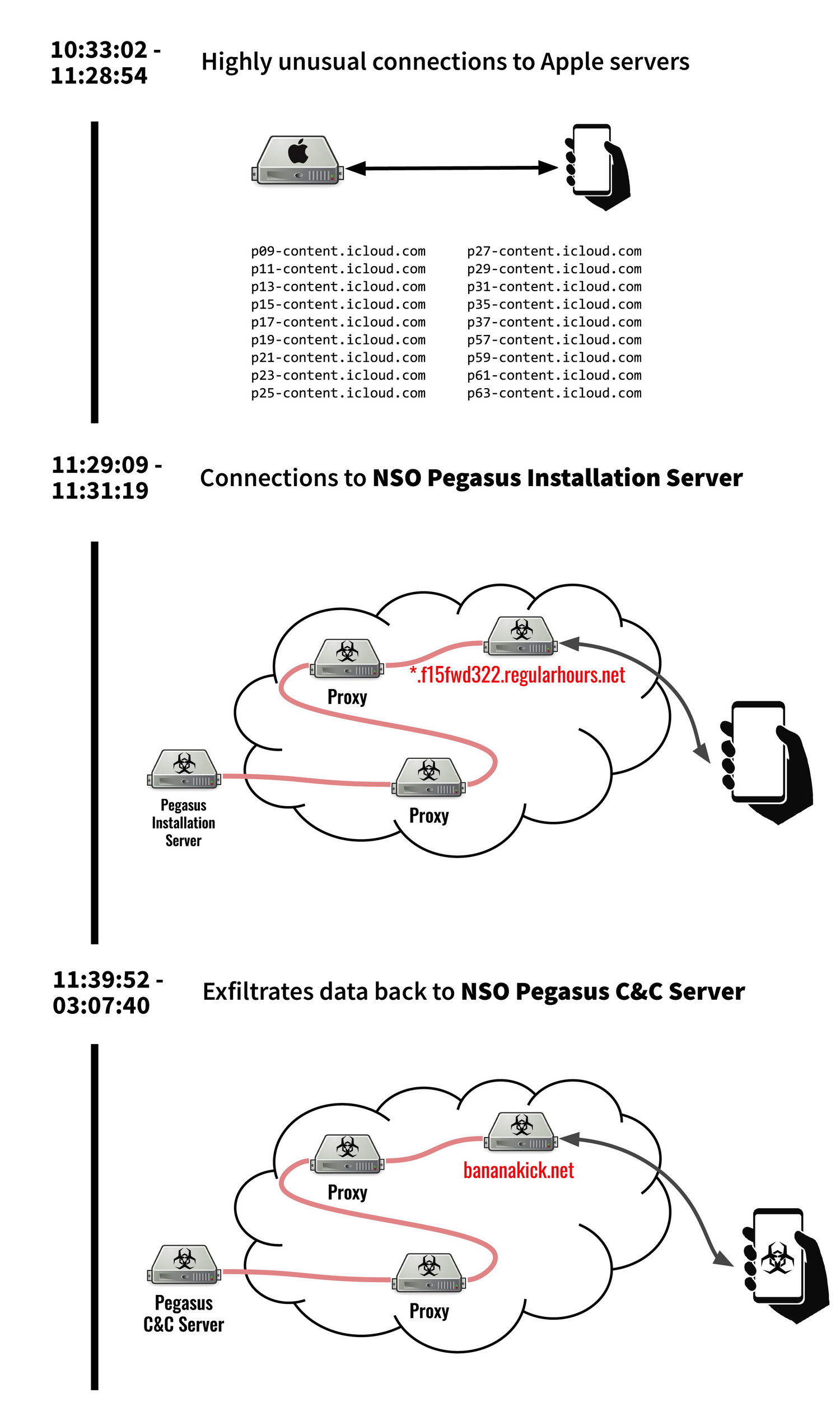 According to Citizen Lab, the NSO Group sold Kismet to at least four organizations, which used it to hack the personal iPhones of Al Jazeera and Al Arabi employees in July and August 2020. However, further investigation showed that the attacks began earlier, at least in October 2019.

Experts have identified two malware buyers from Saudi Arabia and the United Arab Emirates, and believe they are associated with two groups that researchers are tracking under the names Monarchy and Sneaky Kestrel.

The Kismet tool worked against the latest Apple devices at the time (iPhone 11 with iOS 13.5.1). The 0-day vulnerability was no longer dangerous only in the fall 2020, when Apple released iOS 14.Citizen Lab officials said when the attack was discovered.
ZDNet journalists received a comment from representatives of the NSO Group, and they called the experts’ report “speculation” without any evidence, “confirming the connection with the NSO Group.”

The company emphasized that it sells its tools only to law enforcement agencies, but cannot control what its clients do with these tools further.

It is worth noting that in the past, Citizen Lab experts have repeatedly published reports according to which NSO Group’s hacking tools were used not only within the framework of law enforcement investigations, but also for spying on political rivals, dissidents, journalists, activists, and so on, in such countries like Morocco, Mexico, Saudi Arabia, Togo, Spain, UAE.

Let me also remind you that Hacker can get in an iPhone by simply sending a text message.