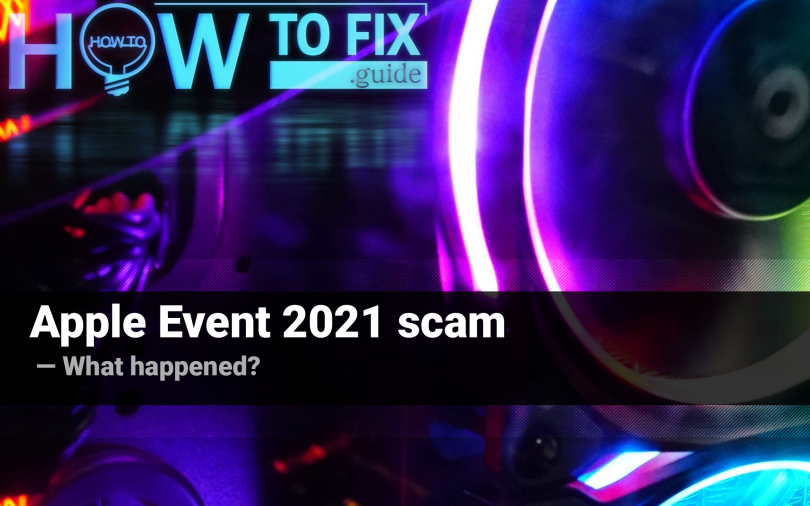 Cryptocurrencies turned into a safe bay for different categories of fraudsters. Some of them prefer to use Bitcoin or Ethereum as a safe alternative for banks, some got paid in cryptocurrencies for their outlaw activities. But there is a separate group of tricksters who neither store nor get paid in crypto – they steal money from other wallets by means of social engineering.

Don’t get yourself tricked into these vile schemes. Besides the offers can be as attractive as possible, they are nothing but scams hiding behind the names of big companies or famous persons. And the case we are going to talk about is not the first one. As cryptocurrency came into existence so did the scammers, whose main field of profit is Bitcoin, Ethereum, Cardano, etc.

As everyone was in anticipation for the Apple 2021 Event stream, planned on September 14, the cryptocurrency fraudsters were also preparing for the big day as it turned out to be lately.

How did it happen?

Before the start of the official company`s online stream, a fake one was launched and curiously got to the top in the search on major video hosting platforms. This fake translation even got first place before the official Apple`s one on Youtube. Around 165,000 viewers mistakenly joined it. Some random video with Apple’s CEO Tim Cook and a fake interviewer was featured and next to them a pretend announcement was put out that went like: send to the attached link some amount of crypto and you get more. 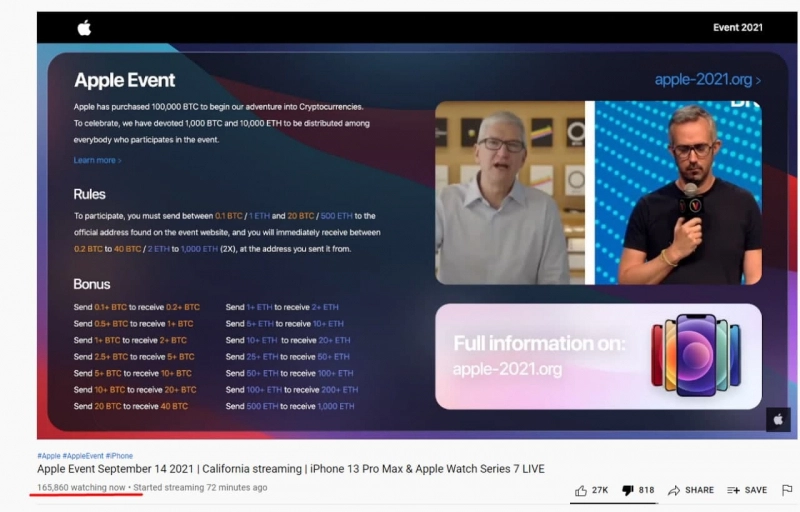 The screenshoot of the fake Apple Event stream

We will cite here the conditions of the fraudsters translation:

“Apple has purchased 100, 000 BTC to begin our adventure into Cryptocurrencies. To celebrate, we have decided 1,000 BTC and 10,000 ETH to be distributed among everybody who participates in the event.
Rules
To participate, you must send between 0.1 BTC/1ETH and 20 BTC/500ETH [$3,500/$4,500 to $900,000/$1,750,000 in USD equivalent – author].5to the official address found on the event website, and you will immediately receive between 0.2 BTC to 40BTC/2ETH to 1,000ETH(2x), at the address you sent it from“.
Additionally added was the detailed description of the bonus distribution you will get in return after sending some amount of crypto.

The channel was, of course, reported and closed as well as the site included in the fraudulent announcement. But there are still several similar videos circulating around the Internet. The sites that are related to the late Apple Event 2021 fraud are next:

This action was likely planned for some time, since registration of these sites would take at least several days. All of these sites are not working at that moment. Was this a shutdown performed by crooks or the actions of executive authorities? No one can say for sure, but fortunately, these bastards are currently stopped. And no one can guarantee that they will not appear later with the other disguise. The news on the further investigation of the incident has not been published yet. Moreover, because this fraud was “ongoing” for only several hours, it is impossible now to find the BTC/ETH wallets addresses.

It’s not the first time bitcoin fraudsters are taking their chances to test. Dogecoin and Safemoon giveaway scams were similar incidents involving cryptocurrencies. The same goes for hacking Twitter accounts of Elon Musk, Bill Gates and other celebrities. Scammers posted tweets under their name in order to get their profits. Be careful if you feel like the offer feels too generous – it may be a fraud. 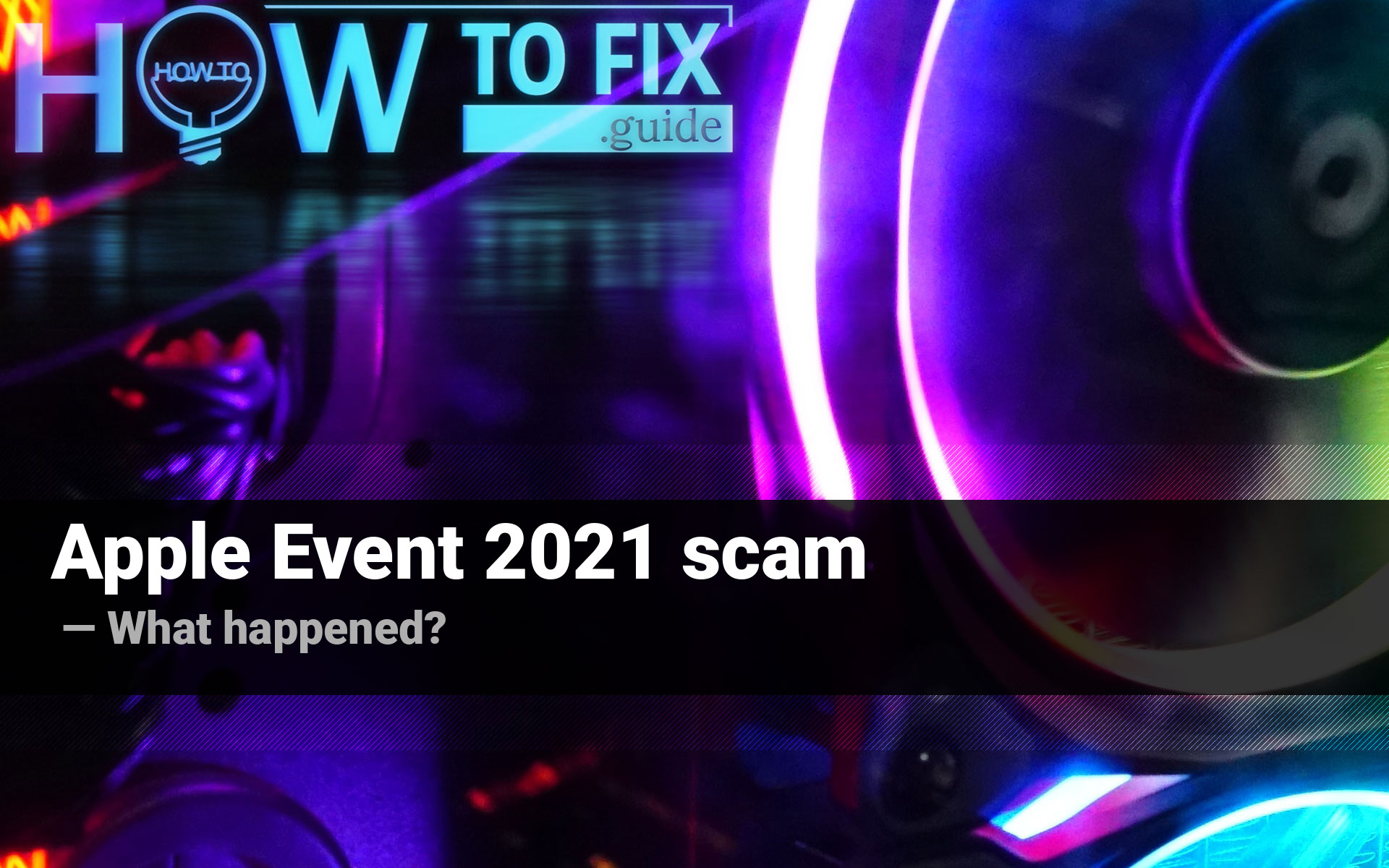 Article
Apple Event 2021 became a ground for cryptocurrency fraud
Description
Apple Events always attract a lot of public attention. This year, cryptocurrency fraudsters decided to have profit on naive users who trusted the offer to send various coins on a certain crypto wallet and get the doubled sum back.
Author
Wilbur Woodham
Copyright
HowToFix.Guide