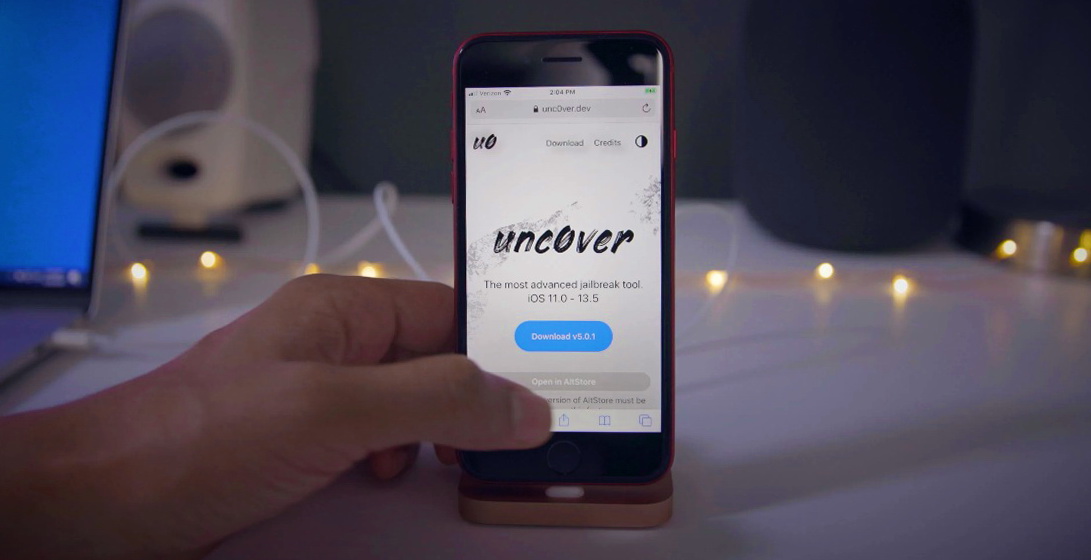 On Monday, June 1, Apple released the iOS 13.5.1 update for the iPhone, iPad and iPod touch. It seems that the only purpose of this update was to fix the vulnerability that recently used Unc0ver jailbreak.

At the end of May 2020, we talked about the release of the new Unc0ver jailbreak version (5.0.0). It is noteworthy that this tool worked for almost any iPhone, even with the latest iOS 13.5 on board.

The authors of Unc0ver explained that it uses a zero kernel vulnerability in the iOS kernel, while Apple experts even were not aware about it. It was reported that the vulnerability was discovered by one of the team members, who is known under the pseudonym Pwn20wnd.

The Unc0ver team, without any details, simply announced on Twitter that the version of its jailbreak version 5.0.0 is already ready.

For the first time in five years, jailbreak is relevant even for the current, most recent version of the operating system. The last time a similar tool was released in 2014”, – said Pwn20wnd.

The fact is that usually jailbreaks exploit old vulnerabilities in iOS and, accordingly, do not work with the current version of the operating system, where these “holes” are already fixed. As a result, owners of jailbroken devices often prefer just not to update the OS.

Jailbreak basically just adds exceptions to existing rules. It allows you only to read new jailbreak files and parts of the file system that do not contain user data”, — said Unc0ver lead developer.

After the jailbreak for iOS 13.5 was released, it was expected that Apple would need several months to fix the vulnerability, since its authors did not inform the company about it in advance. However, it seems that the manufacturer managed to fix the problem much faster.

On Monday, Apple introduced iOS 13.5.1 for the iPhone, iPad and iPod touch, and the latest version of the Unc0ver jailbreak no longer works with this version of iOS.

The notes on this release list only one security update and fix the vulnerability CVE-2020-9859, which exploited the jailbreak (the application could gain kernel privileges and execute arbitrary code).

Thus, everyone who used Unc0ver 5.0.0, in combination with iOS 13.5, is not recommended to update their systems, as the new OS version will “break” the jailbreak and will not allow it to be performed again.