Home » SAproduct by Digital Communications Inc — How to remove SAproduct? 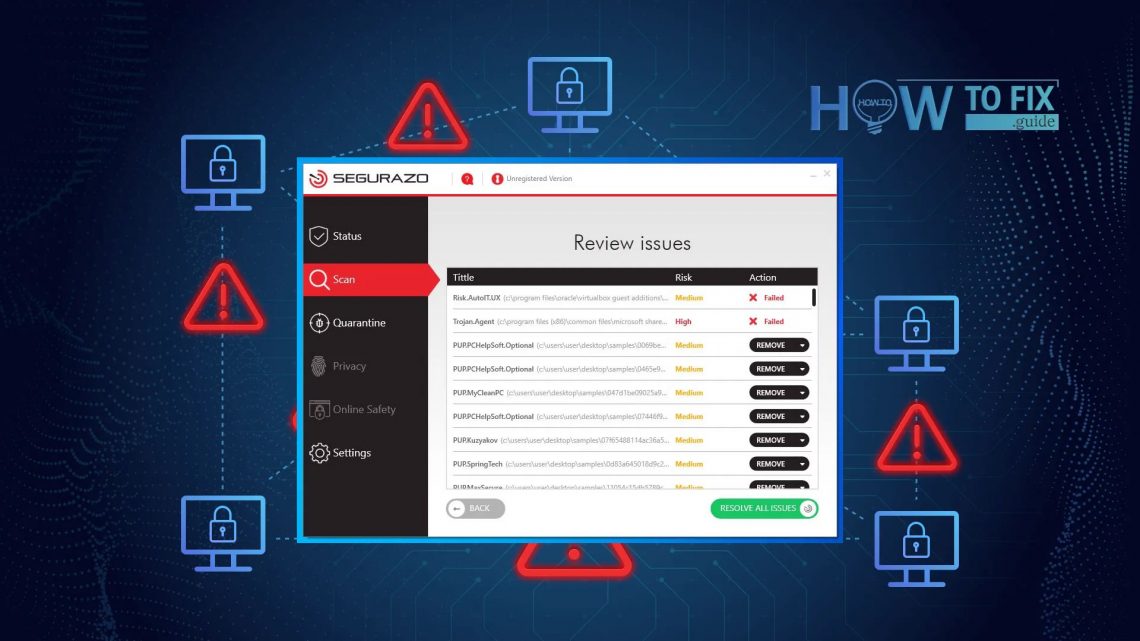 SAproduct developed by Digital Communications Inc can be correctly summarized as a Potentially Unwanted Application.

SAproduct is a potentially unwanted application, also shortened as a PUP or PUA. Its authors declare that the tool checks PC for threats, discovers solutions to Boost System Speed, exposes User Software Related problems, as well as optimizes Startup/Uninstall and also User Items. As soon as the scanning by SAproduct is finished, a detailed report is given regarding the variety of exposed virus problems. Nonetheless, the application says that the licensed version needs to be purchased to get the troubles solved. I feel that a lot of problems identified by this tool are simply supposed and do not stand for any issues at all.

Once again, I really doubt that the reports by SAproduct are credible. I believe that the program rather offers not only some fake but even dangerous information. For example, the screenshot above confirms that SAproduct determines some computer registry entries as medium seriousness, however, these entrances are part of crucial System Items. It is apparent that they will certainly not cause any type of stability concerns in any way.

One more sign that shows ma that SAproduct doesn’t worth your credit is his notifications. This PUP shows you it’s tiresome notifications about plenty of viruses and problems literally everywhere, and, of course, offers you to remove this threat via purchasing the full version of SAproduct. I’m sure that no really useful program will try to force you to pay for the full version so aggressively. 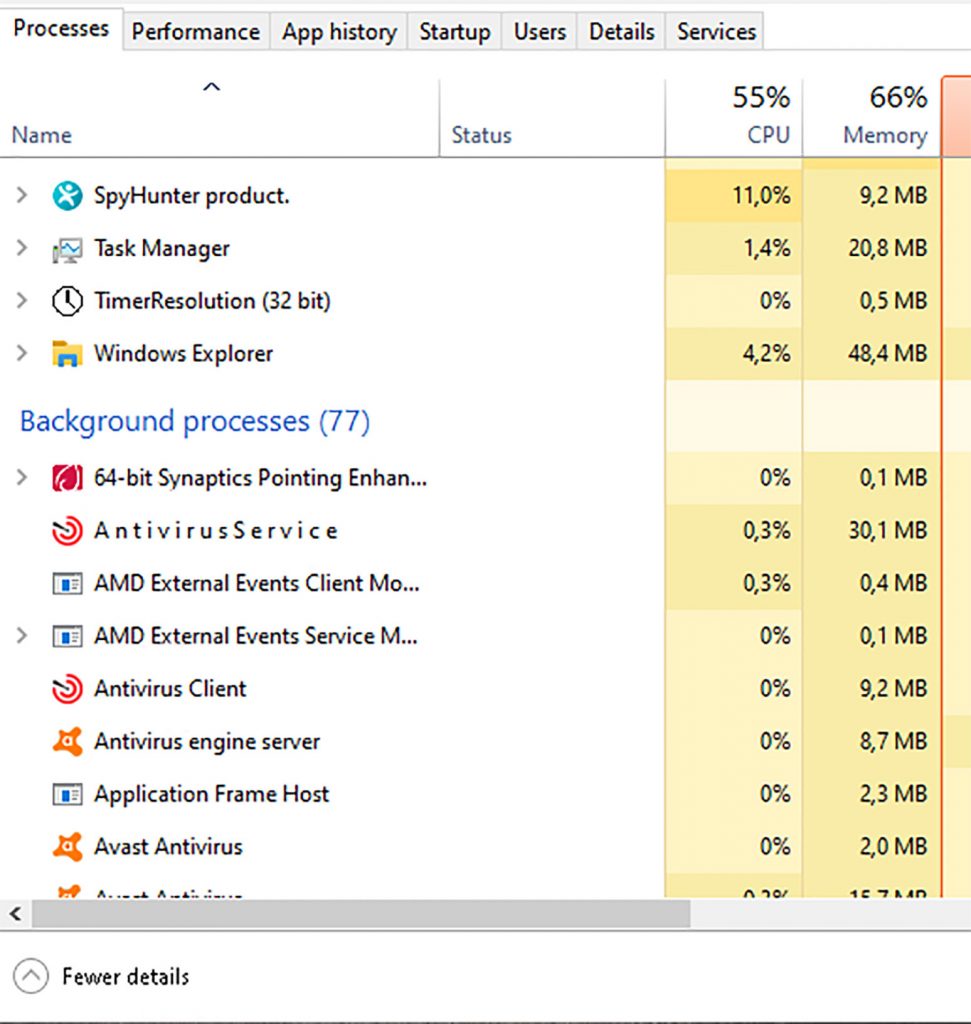 And, because of such aggressive notifications spamming, SAproduct causes a significant slowdown of the weak, or even just out of date systems. Users with weak PC complained about a general slowdown and hard lag spikes when they tried to open programs that were detected by SAproduct as contaminated or malicious.

And one of the most disgusting elements of SAproduct is its behavior when you try to uninstall it without using anti-malware software. At first, you need to confirm an installation twice, that is at least suspicious. Another sign of SAproduct unreliability is that he’s not displayed in the list of installed programs, so you cannot delete him with basic Windows methods. And even if you pass all steps of SAproduct uninstallation with his methods – you will be very surprised seeing the SAproduct again after the first reboot.

SAproduct doesn’t even allow you to cancel its installation. Only this fact can be a sign that this software is forcing you to use him, and literally, alarms about potentially harmful action SAproduct is able to perform with your PC.

The trouble of the majority of supposed registry cleaners is that there is no any type of verification that can surely show the efficiency of such action. Saying another word – no one knows if it can improve the system functionality. In addition to that, Microsoft has actually just recently supposed that particular Windows registry optimizers instead cause a lot of “serious problems” while modifying the registry, therefore, it was also supposed that the people do not use these pseudo optimization apps1.

That’s no reason to say how crucial it can be registry editing. In the positive case, SAproduct may delete registry entities that are responsible for your program’s functionality. But if something goes wrong, it can inflate on whole PC performance, or can even cause Windows errors. So, it wouldn’t be a very clever solution to let low-trusted software edit your registry.

In spite of registry editing, SAproduct can also find threats or even malware in programs you are using every day (of course, false positive). After showing these threats to you, it will block these programs and offer you to remove them after purchasing the full version of SAproduct. The peculiarity is that you can unlock your programs only after deleting this “antivirus” from your PC, but it’s quite hard to do. 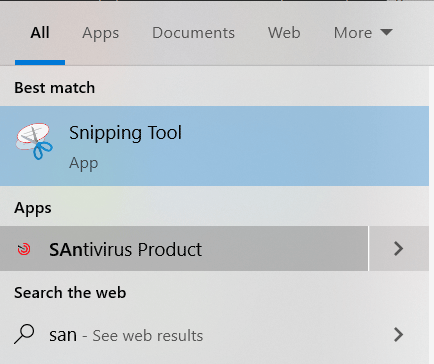 One of the “most favorite” programs and files which are usually blocked and detected as malicious by SAproduct are VirtualBox and drivers. Virtual boxes are not so crucial for the whole system but can be crucial for users who are using VirtualBox as a workspace. However, driver blockage can cause serious problems with your PC performance.

Another malicious action that SAproduct can do with your PC is network settings changing. Disguised as “network settings adjusting for better defense against attacks, it can make your home or even work network even more vulnerable to the abundance of threats. And if for home network it’s not so crucial, for work network it can lead to important files leak, or even office activity paralysis in case of a ransomware attack, for example.

There are also a lot of cases when SAproduct contained or been distributed with trojan or keylogger. That’s no need to explain what this malware can do with your PC, so, if you want your confidential information to be protected – start a full scan as soon as possible. 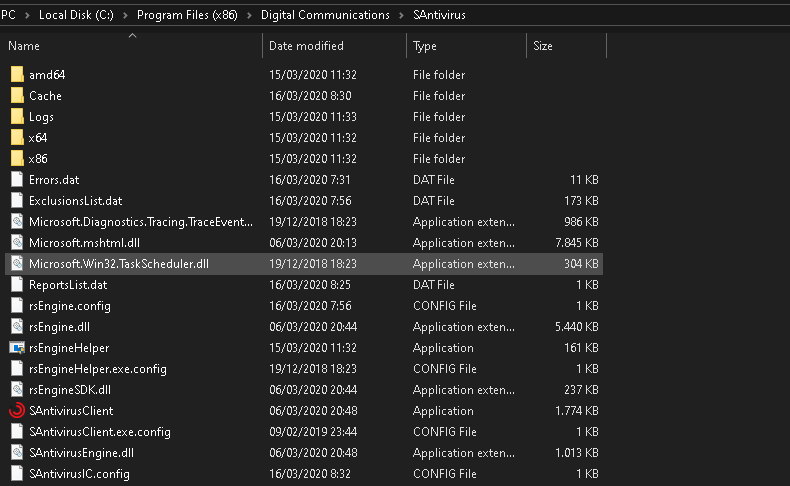 Some users who installed SAproduct by mistake reported that it can act as trojan or keylogger by itself. In spite of the online activity scanner, that is officially present in SAproduct, users also noticed that this PUP collected a lot of data about them – personal ID, credit card, and bank account number et cetera. So, if it acts not just like PUP but also like a full-size trojan-stealer – the only way to make your PC safe is to delete SAproduct.

There are also a lot of cases of SAproduct distribution in a pack of ransomware of some sort. The most common (and one of the most popular nowadays) is a STOP/Djvu family. A lot of users who were been attacked by Mado or Jope ransomware also told us that they got the SAproduct before their files were encrypted by the mentioned ransomware. That’s why I advise you not to shelve a full scan of your PC if you get a SAproduct.

And the last and, I think, the most significant – this tool is marked by several reliable antimalware scanners as a PUP. This is a valid reason for you not to trust the program, no matter just how positively it might be described on its site.

There is a chance to download and install SAproduct straight from its official web sites, nevertheless, I actually doubt that this will be really your choice. Frequently, the application is spread via invasive ads produced by some adware, or through bundling with various other cost-free programs, where the information regarding the extra software program to be installed with “main” software is frequently not totally disclosed.

Thus, it is mandatory that you completely examine the EULA as well as installation milestones during the setup process of any kind of cost-free program downloaded on the internet.

UPD 14.04.2020. After collecting all the required data, we got quite strict statistics. The most popular type of software, that is used as a satellite for SAproduct, is old software that is already not supported by its developer. Also, it may be old versions or still actual and supported program, that is used by someone who has a weak PC, or just don’t want to get used to the new user interface. As an example – old AutoCAD versions or Adobe Photoshop 3.0. Usually, such programs can be freeware, but in the “Advanced” installation option you will find a full pack of different PUPs, including SAproduct.

Another popular source of SAproduct is torrent-downloaded games, that was been pirated and supposed to launch with a separate launcher, that is created to bypass license checking procedure. Usually, at the last step of installation SAproduct is offered to install, and users are clicking “I agree” or “Continue”, without checking what they are offered. It can be a malicious joke if SAproduct will then block this game, with reference to possible vulnerabilities this game may have.

If you have a choice, select the “Advanced” or “Custom” installation. You need to use this option to prevent unapproved setups, because usually in the “Custom/Advanced setup” window users can see all elements of programs and a list of programs at all that would be installed.

In case the license agreement or the setup wizard shows that some toolbar or other adware is recommended, it is necessary for you to cancel the entire installation immediately to keep your Windows safe.

Even though SAproduct might have the ability to take care of some bugs, we need to consider that the reality is that this antivirus parody marks some surely risk-free items as malicious or unwanted and afterward instructs you to make a payment to delete them.

Another reason for SAproduct avoiding is a users’ compliance with ransomware that is distributed in the pack with this wannabe-antivirus. It’s supposed that ransomware could be injected from another source, but the statistic says that the majority of SAproduct appearances caused a further ransomware attack.

I would rather not recommend you to use SAproduct tool.

If you are confident that this is not a utility you want to be installed on your computer, do not hesitate and check the elimination instruction provided below.

Reasons why I would recommend GridinSoft2

The is an excellent way to deal with recognizing and removing threats – using Gridinsoft Anti-Malware. This program will scan your PC, find and neutralize all suspicious processes.3.

When the setup file has finished downloading, double-click on the setup-antimalware-fix.exe file to install GridinSoft Anti-Malware on your system.

GridinSoft Anti-Malware will automatically start scanning your system for SAproduct files and other malicious programs. This process can take a 20-30 minutes, so I suggest you periodically check on the status of the scan process.

When the scan has finished, you will see the list of infections that GridinSoft Anti-Malware has detected. To remove them click on the “Clean Now” button in the right corner.

After uninstalling the program, using either method, you may still receive alerts from Microsoft Defender, regarding the presence of the PUA. 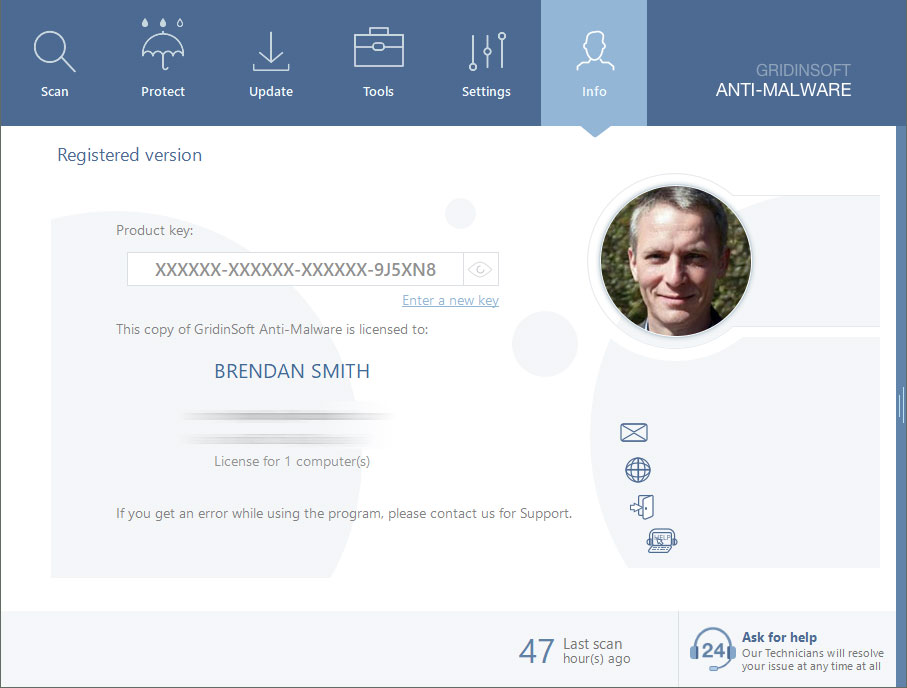 If the guide doesn’t help you to remove SAproduct you can always ask me in the comments for getting help. 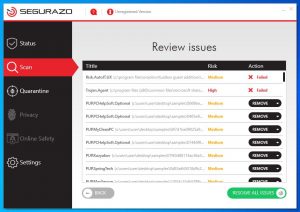 Description: SAproduct is a potentially unwanted application, also shortened as a PUP or PUA. As soon as the scanning by SAproduct is finished, a detailed report is given regarding the variety of exposed virus problems. Nonetheless, the application says that the licensed version needs to be purchased to get the troubles solved. I feel that a lot of problems identified by this tool are simply supposed and do not stand for any issues at all.